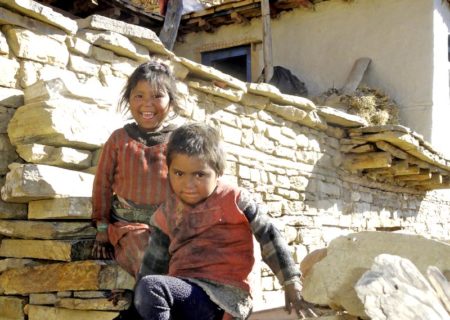 Children of upper Dolpa get lifesaving immunisation services for six months which is normally available around the year in urban and accessible areas.
Owing to geographical remoteness and excessive cold, the children of four rural municipalities of Dolpa have not received this vital service for six months.
According to the Health Service Office, Dolpa, the children of upper Dolpa are provided with immunisation service from mid-March to mid-August every year.
The office added that the service was available for six months only as vaccines can be transported only during the hot season.
Since upper areas of the district receive snowfall during the cold season, it is difficult to supply vaccines to the areas. Though well-off people descend to lower Dolpa and other parts of the country to access immunisation services for their children, the situation of economically backward families deprives them of the most-required health service in upper Dolpa.
In charge of the Public Health Section under the District Health Service Amar Singh Shahi said there was no alternative to supplying vaccines and other lifesaving drugs to upper Dolpa apart from helicopters.
Upper Dolpa also has a very low number of health facilities. Three is no birthing centre in three local levels, the Health Service Office said. Shahi named them as Tse Foksundo, Dolpobuddha and Chharka Tangsong rural municipalities.
Likewise, Thulibheri Municipality has two birthing centres, Tripurasundari Municipality has four, Kaike Rural Municipality two, Jagdulla two and Mudkechula three birthing centres.
However, there is quite a low number of service recipients to take maternity services in birthing centres.
Due to the dearth of machines, expecting women are being tested manually here.
People rely on indigenous herbal medication for child delivery complications and other life-threatening diseases in upper Dolpa.
Tse Foksundo Rural Municipality Chair Tasitandup Gurung said most of the general public were forced to depend on herbal medicine for treatment due to lack of access to quality health services.