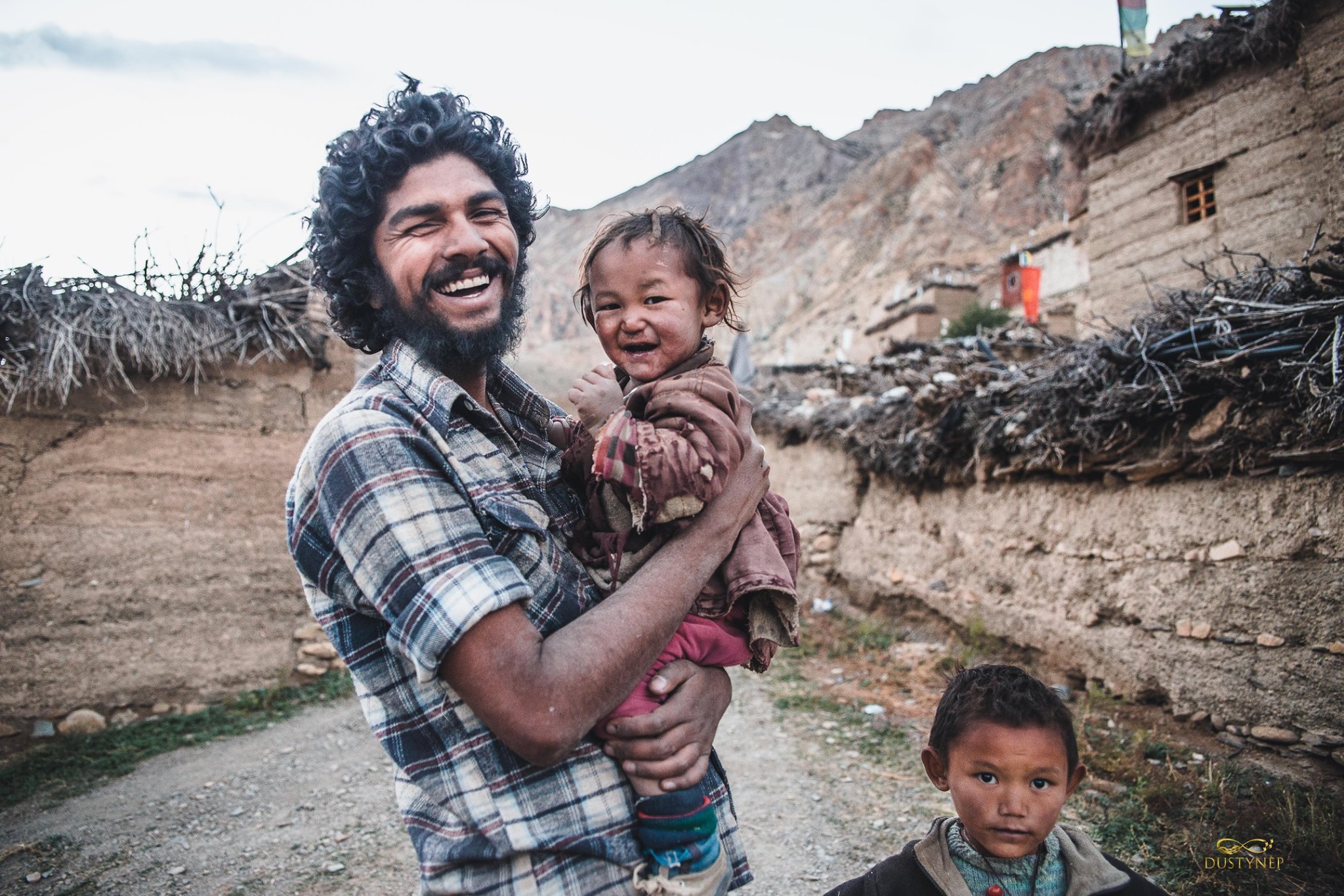 “His name is Nurti and he is about 3 years old. He is the youngest brother of two of my students Kunsang and Dhonyap (boy on the bottom right of the photo). The thing about this kid is that even though we had little communication with each other, because of the language barrier and also the fact that he is 3 years old and does not know much of the words, we clicked instantaneously. He was super friendly, energetic, obedient and docile with, and around, me. Whenever Nurti came to school, there were students who would come looking for me and once they find me they start teasing me saying, “Sir ko Phiza(son) aayecha. Usle khoji rehecha” (Your son is here and he is looking for you) or “Sir Nurti ko Aki (Father) ho ni” (Sir you are Nurti’s Father). One day his Ibe (Grandmother) was bringing him to school. I was nearby and waited for them. As she arrived, I took Nurti from her hand, and he did not hesitate to leave his Ibi’s lap, carried him around and played with him for a while. Ibi was still there and was watching us play and fool around and was kind of surprised seeing her grandson so joyful, playful and happy with me. I let go of Nurti, for him to play around. Ibi was still there and was a bit bemused with what she just saw, so she asked me, “Sir ko bihe bhayecha?”(Sir, are you married?) I was shocked and surprised by the question and I replied, “Chaina Ibi.” (no, I am not married) Then she asked me, “Baccha cha sir ko?” (Do you have kids?) I started laughing and hastily replied, “Chaina Ibi. Kina sodhnu bhayeko?” (No, I don’t have kids. Why do you ask?) To which she replied, “Nurti sanga yesto ramrari khelyo, Nurti le ni sajilai mani halyo. Tyei bhayera Sir ko baccha cha ki jasto lagera sodheko” (You played with Nurti and he was so playful and comfortable around you. As you are good witth kids, I thought you had kids back home) Might sound weird but till this day those words from Ibe have been one of the greatest compliments I have ever received from anyone in my life.”
– Hrishav Bhattarai, Fellow 2018